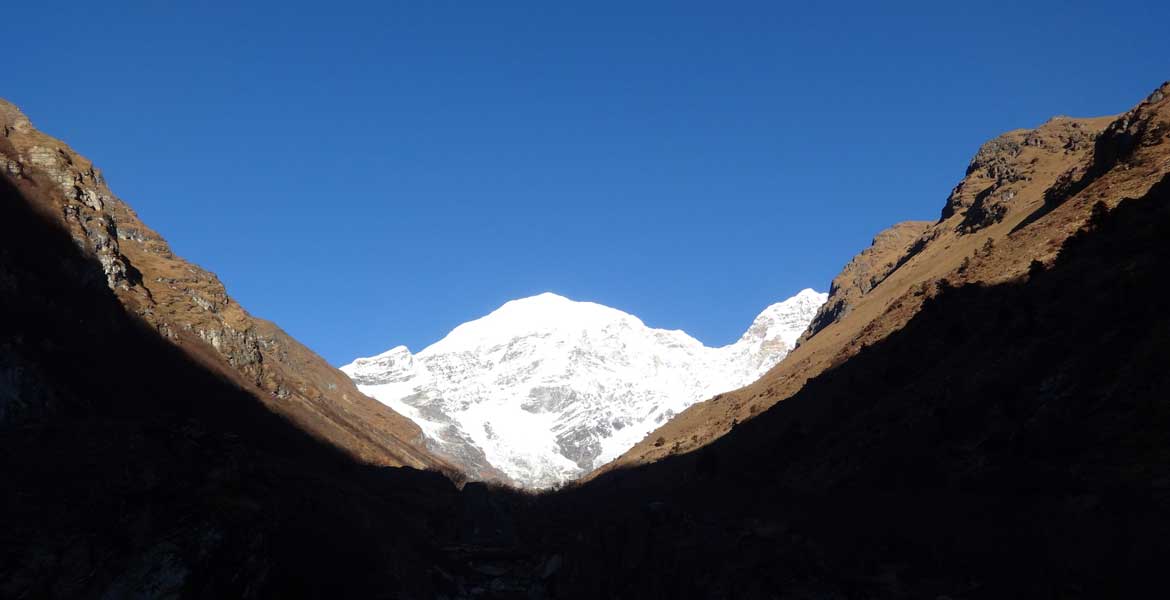 Jomolhari Trek II is the shorter and the milder version of the two trekking routes. This one is popular among the majority of trekkers. The trek is especially for those trekkers who want to avoid high altitude. The trek takes you through a diversity of fauna and flora, from an altitude of 2,500m to about 5,000m. One of the highlights of the trek is that you will be able to have a spectacular view of Mount JomoLhari, believed to be the abode of the protective deity, Jomo.

After you touchdown at the Paro International Airport, your local tour executive will welcome and escort you to the hotel. Thereafter, you will be taken for a tour to the historic ruins of Drukgyel Dzong followed by the visit to Kyichu Lhakhang, one of the oldest Buddhist temples in the country.  After lunch, your guide will take you to Rinpung dzong and the Ta Dzong, the National Museum. We call it a day after dinner.

You will be taken for a hike to Taktshang or Tiger’s nest, an uphill walk of about three hours. This hike is basically done to accustom trekkers to the mountain altitude of the Himalaya. The Tiger nest, precariously perched on a cliff, will also offer a spectacular view of the Paro valley besides visiting the inner sanctum of one of the most religious sites of the country.

Distance 17km
Time: four to five hours
Ascent: 360m
Descent: 80m
Camp altitude: 2,850m
The trek begins from the Drukgyel Dzong (2,580m) road point. It is a gentle climb along the Parochhu. The trail passes through green meadows, paddy fields and traditional Bhutanese farm houses. After about four hours trekking, you will reach the army outpost at Gunitsawa village where your guide will provide permits. You will have to walk to the other side of the river, not far from Gunitsawa, to the campsite.

Distance: 22km
Time: seven to eight hours
Ascent: 770m
Descent: 10m
Camp altitude: 3,610m
This is a long trek that involves walking uphill and downhill at short intervals. After climbing uphill through the river valley, you will enter the Jigme Dorji National Park. The valley narrows down to a single path that descends to a meadow. The camp will be set up here. This is a right spot for the camp as you will be able to see Mount Jomolhari on a clear day.

Distance: 19km
Time: five to six hours
Ascent: 480m
Camp altitude: 4,080m
You resume the trek early in the morning. The trail continues uphill across alpine meadow and stunted vegetation. Along the trail, you will be able to view Mount Jomolhari. You will come across an army outpost on the way, yak herders homes, and will enjoy the view of beautiful snow clad mountain peaks and ridges. The trail passes through the highland villages of Soe, Takethang and Dangochang. Here you will be able to experience the typical lifestyle and culture of highlanders. You will continue till Jangothang, the campsite at the base of the majestic Mount Jhomolhari, the abode of the protective deity Jomo.

A day will be spent at Jangothang. Short hikes offer the opportunity to see lakes and various other mountain peaks like Mount Jomolhari and Jyichu Drakey. There are also possibilities of sighting blue sheep. There are good short hiking trails in three directions. Jumolhari and it’s subsidiary mountain chains lie directly west, Jyichu Drakey to the north and a number of unclimbed peaks to the east.

Distance 16km
Time:  six to seven hours
Asvent: 810m
Descent: 1,090m descent
Camp altitude: 3,800m
After the day’s rest and hiking in the vicinity of the base camp, you will continue the trek. The trail passes by Lake Tshophu (4,380m) from where you will climb a steep uphill to Bhonte La pass at 4,890 m, the highest point of this trek route. When you reach the Dhumzo Chhu, you trek along the river, passing the few houses of Dhumzo, to reach the campsite.

Time: four to five hours
Ascent: 720m
Descent: 340m
Camp altitude: 4,180m
After climbing a 100m ridge, you will drop to a stream. You will cross the Takhung La pass at an altitude 4,520m and descend to Thombu Shong. Here near the yak herder’s settlement, you will halt for the night.

Distance: 13km
Time: four to five hours
Ascent: 200m
Descent: 1,650m
Camp altitude:2,850m
After climbing uphill for a while to Thombu La pass (4,380m), the trail descends there after till Gunitsawa, where you will halt for the night.

Distance: 17km
Time: four to six hours
Ascent: 80m
Descent: 360m
The trail is an easy one, a downhill journey from the terrain into the valley. From Mitishi Zam, you will be able to view the ruins of Drukgyel Dzong. The rough road leads you to the road head at the dzong. From here, you will be picked up and driven to your hotel.

The drive to Thimphu is a pleasant one. In Thimphu, you will be taken for a cultural sightseeing to the folk heritage museum, painting school, Changangkha lhakhang, Takin zoo, Kuenselphodrang, Sangaygang view point and Tashichhodzong.

You will be driven to north of Thimphu. The uphill hike to Cheri is a gentle one that takes around two hours. Cheri Monastery was the seat of Zhabdrung from where he started the first monastic body. After you visit Cheri, you will walk down till the road head from where you will be driven to the road head toward Tango, on the opposite ridge. You will be served lunch by the riverside. The uphill hike to Tango is a gentle one too and takes around roughly two hours. Tango is the leading Buddhist University in the country. After lunch and shopping, you will be driven back to Paro.

Your tour executive will see you off at the airport.